Where are previous officers now?

Gemma works for Public Health and is an associate Lecturer... 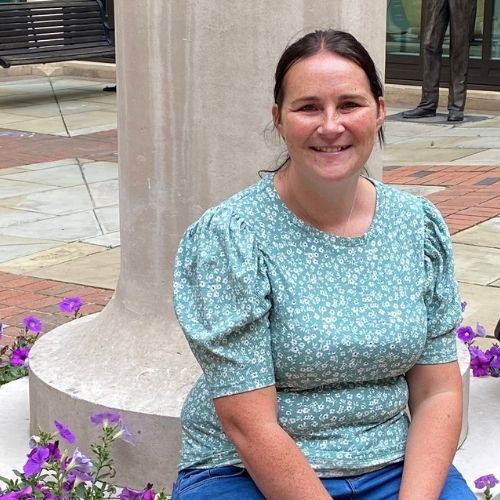 "I was lucky enough to experience the role of VP Education in my first year, and President in my second term. I genuinely loved speaking with students, helping them out with any issues, and advocating on their behalf at meetings. I can’t lie, the awards evenings, celebrating amazing student achievements always made me well up with pride too!

I decided to be an officer because all around me, I could see mature students and the varying issues that they would be facing. I wanted to try and help make the SU more inclusive for mature students and address some of those needs. I could see great potential, and I knew that with the right guidance from an amazing staff team, I would be able to make that happen.

During my time in office, I learnt to be more confident in speaking to groups of any size, that it is okay to make mistakes, so long as you learn from them, and most importantly, I learnt that you are only as strong as your team around you. Aside from winning two elections, my proudest moments are presenting at the STaR Awards was a highlight of my years. Receiving nominations in and seeing what amazing work lecturers do for their students was always such a lovely task to do. Getting a record number of nominations through and still presenting (albeit online) through a pandemic was particularly rewarding.

I am currently working for Public Health at Northamptonshire County Council and doing some associate lecturing at the University of Northampton. Without the opportunities presented to me by being part of the SU, I would never have had the confidence or the skills to go for such jobs. The opportunities have been too plentiful to list and count, but I will forever be grateful to the SU, the University, and all that helped me realise my full potential."

Michael is an Academic and Civil Society Leader... 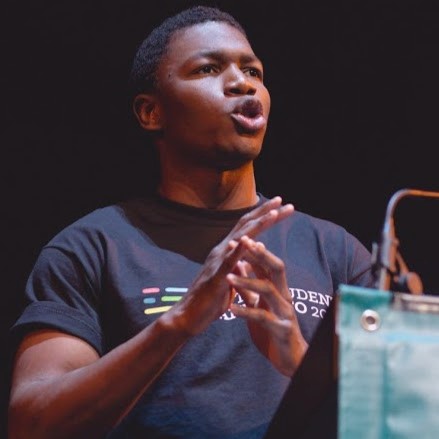 "I decided to run for an officer role to help improve the relationship between my student body and more long-term residents of the local community. I also wanted to encourage politicians to listen to students more in their political decision making.

During my year as Vice-President Community officer, I got to lobby politicians, build student groups to campaign on local issues, and managed
to get political party leaders to support the aims of our community organising initiative."


Ashley is a Course Rep Manager at Warwick Students' Union... 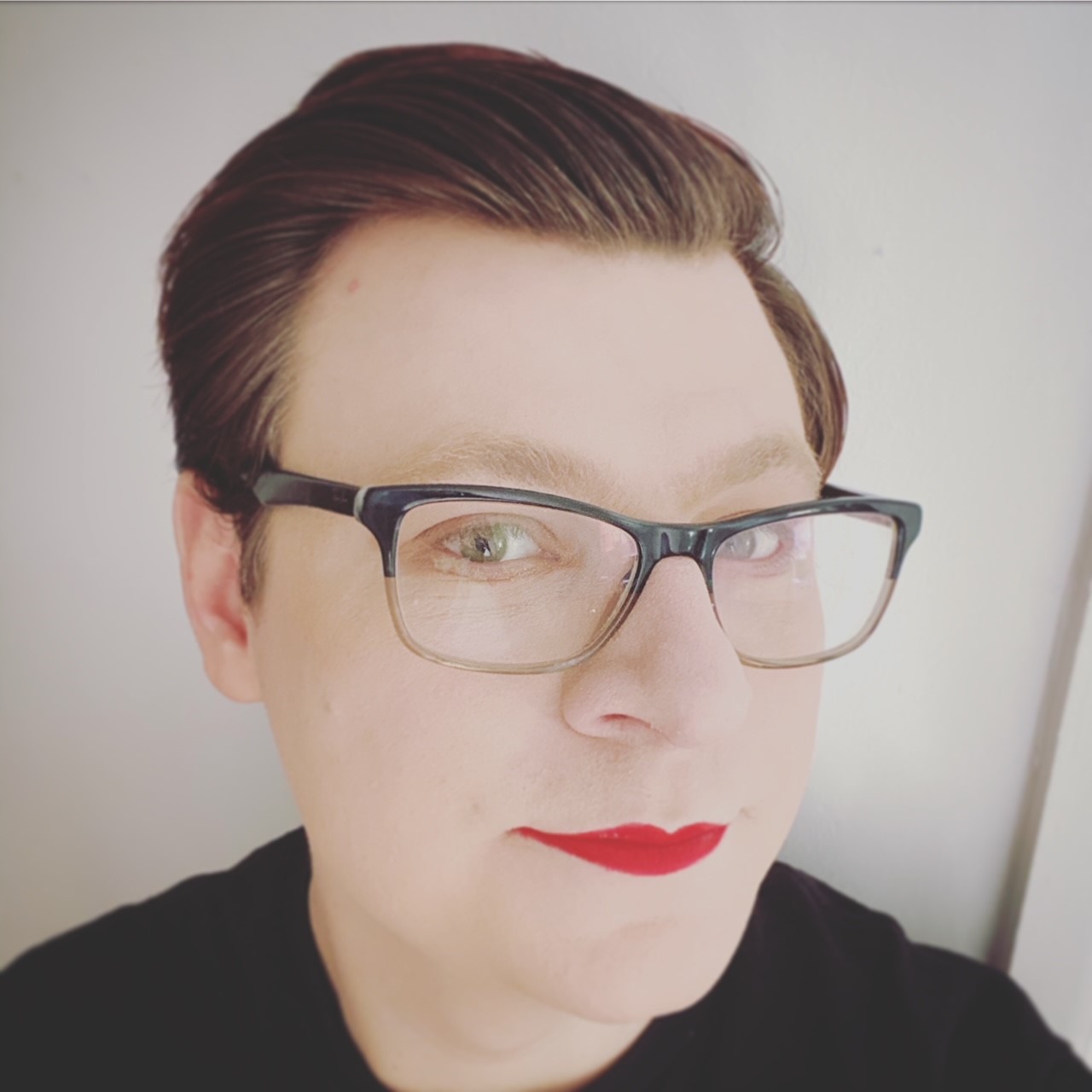 "I was a commuter student and I didn’t feel like there was much for me when it came to doing things outside of my degree. The only thing I was a part of in my SU was running the  Pub Quiz in the bar. I wanted to change how the SU supported and do activities for students like me.

My experience in the SU helped me understand who I was and I came out as Bisexual and Non-Binary whilst I was a Sabbatical officer. My original plans were to become a Maths Teacher like my Mum but being an officer completely changed what I thought I wanted to do as a career.
I have been able to work in a range of jobs in SUs across the country; I have had the opportunity to work with Government Agencies in HE and
now I am undertaking my Masters in Student Engagement. I wouldn’t be the person I am today and have a career that I enjoy and never feels like a job".

Ricky works for the National Union of Students (NUS)... 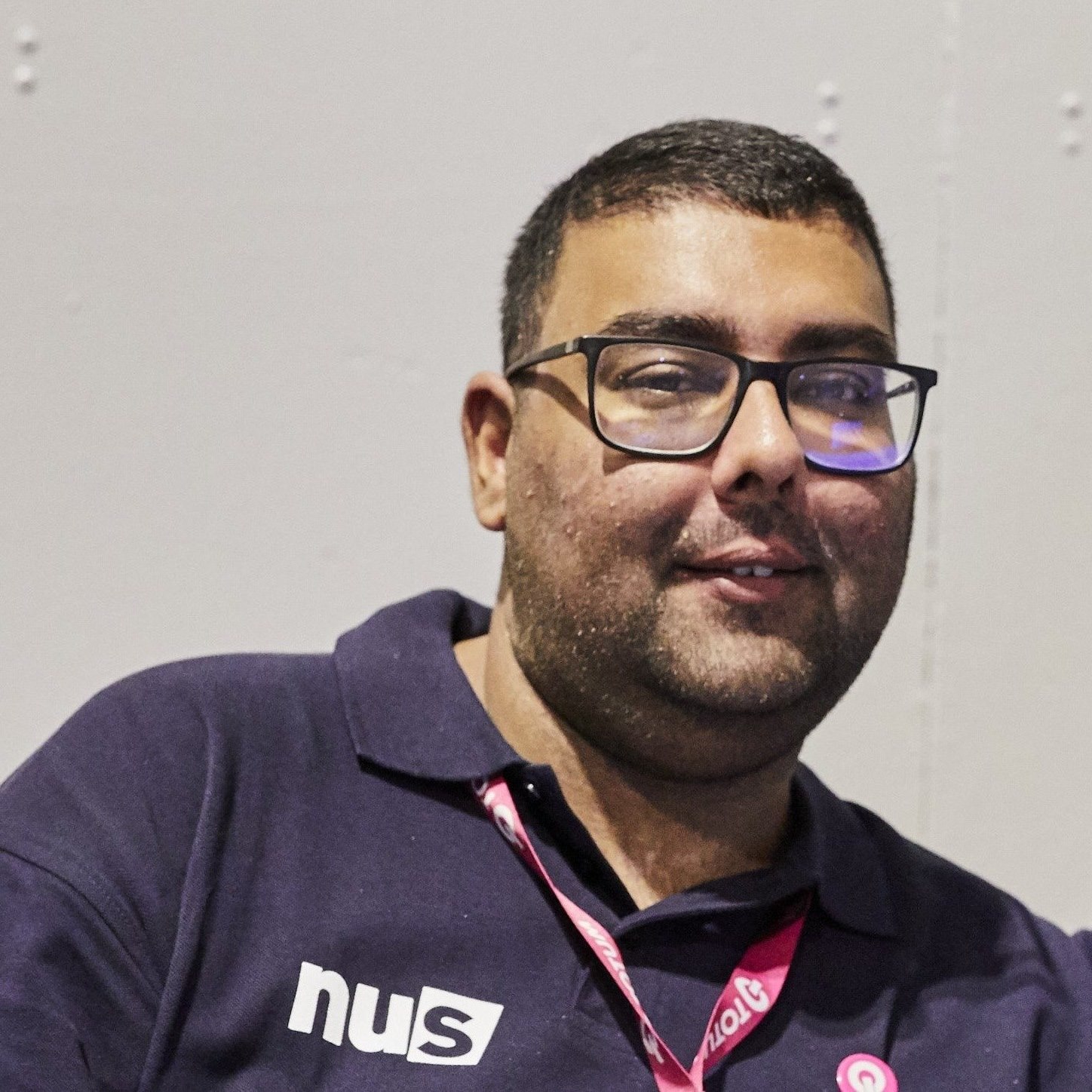 "As a union, we took 400 students to London to demonstrate against an increase in fees. The most extensive political campaign in the history of the union. It was instrumental in achieving Year-Round Timetabling, Additional Access to Library and PC facilities and reversing draconian academic regulations.

A sabbatical officer is so much more than quick wins and manifesto pledges, you get to influence the most senior people in the University and local community and advocate on behalf of students. If you are reading this and you want to make a difference, I would encourage you to stand. You don’t have to popular to stand, my advice is genuine and authentic, and people will vote for you.

Since my sabbatical role, I have worked for the National Union of Students for the last ten years, so my time as an officer has turned into a career. I believe in the power of education and the power of student leadership. I am proud to work in a sector that lives and breathes these values."

Mark is Head of Communications at The Cabinet... 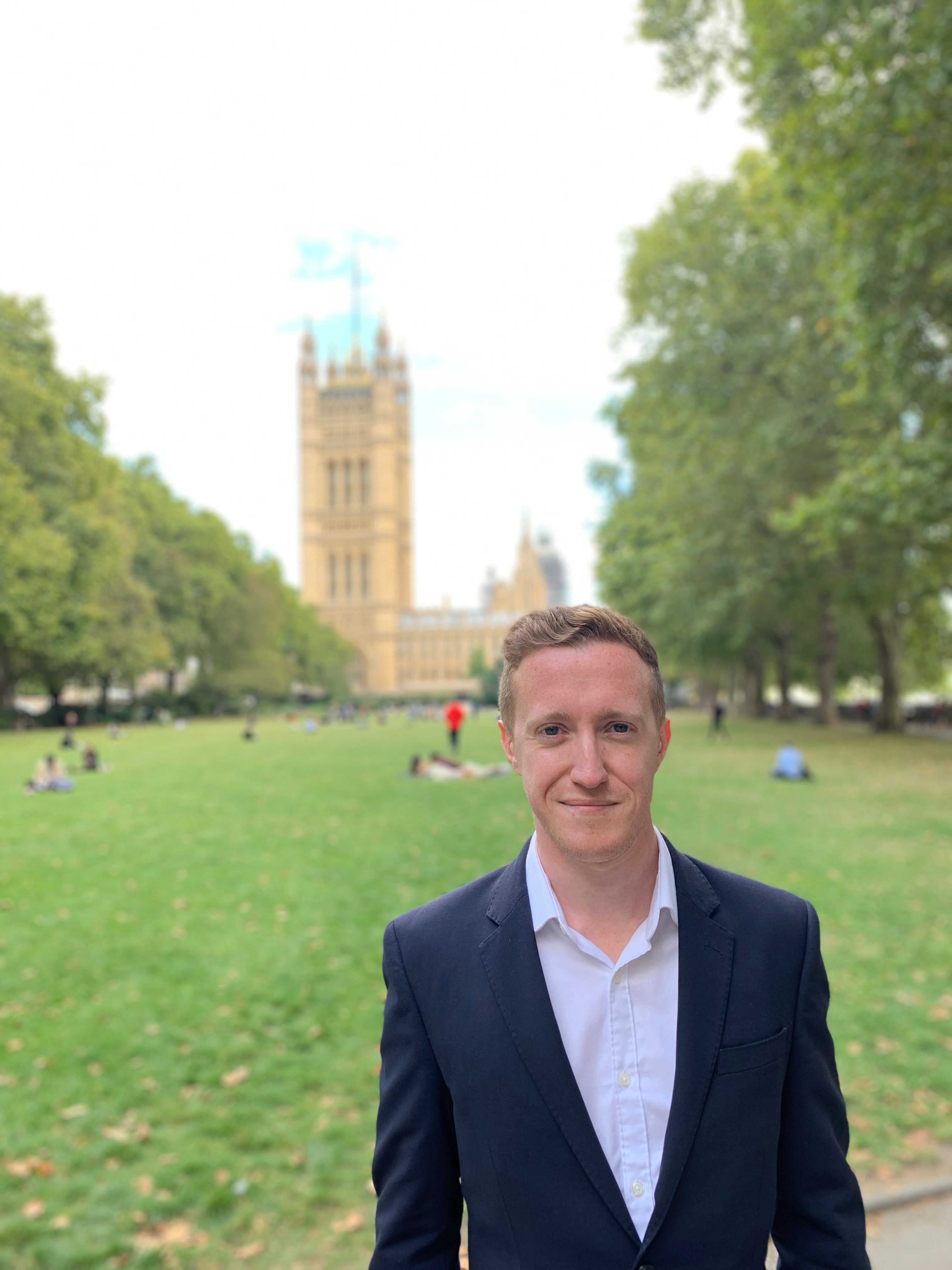 "I had always thought that things could be better at my university and Students' Union. This was based on me being a student, obviously, but also from the experiences my friends were also having. Being a Sabbatical officer 100% helped in my career. Firstly, you’re given a huge amount of responsibility at quite a young age. That really prepares you for entering the working world, how to navigate tricky situations,influence those around you, when to pick your battles, and what to do when senior people are being… unhelpful (I’d use another word – guess what that is!).

I think one area which affected me - and that I didn’t realise until later in my career-  is about doing a role which does some good. I’ve worked for corporate clients and in the public sector. Don’t get me wrong, I’ve had a great career and worked on lots of interesting things but a few years ago I decided to switch to spending my time for the public good.

I think this spans back to my time as an officer. I was there to represent students and get the best for them. In my current role, I do the best I can for the public. It makes getting out of bed that little bit easier."

Mona is a Coach, counsellor and trainer...

"As Deputy President I learnt about organisation, budgeting, risk management, H&S requirements, complicated HR cases, and was on quite a few recruitment panels.  Now I look back I basically see it as a graduate recruitment programme where you get to do everything and see what you enjoy. I was first generation to go to university in my family.  At each step, my family were supportive but often did not have any real-life experiences to draw from.  Being a Sabbatical officer made me feel more like an equal with my peers and helped me realise I was good enough. It also made me realise how brave I can be." 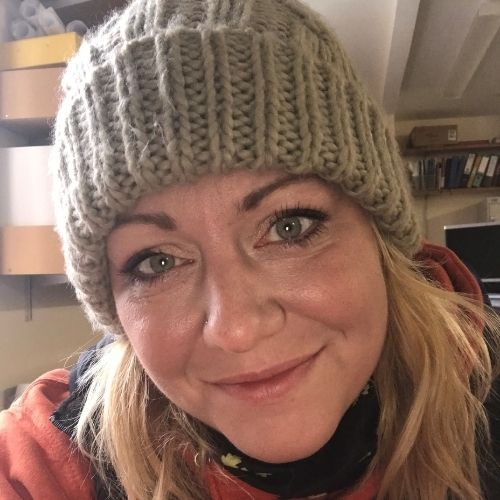 "The elections, the year in office taught me to believe in myself, to have confidence in myself and my ability, to surround myself with people who will support and challenge me in equal measures. The ability to write strategy, to engage with people, to communicate well all came from my time as an officer. Within a year I was running my own property, relying upon my time as a trustee to make good financial decisions. If you’re debating whether it is for you- there really is only one way to find out - give it a go! You never know what the future will hold if you do."

Benjamin works as a government regulator for HE...

"I originally ran to make a difference for students like me, who were from less advantaged backgrounds. I saw some areas where there was a lack of support for students who couldn’t afford the cost of living, so wanted to run to improve support for them. In essence, I wanted to transform the student experience and enable students to have an empowering and inclusive education.

After my term, I worked at my university on social responsibility strategy, and then moved on to support the development of the national approach to engagement at the Office for Students, the government regulator for higher education."


Victor is a PHD Student... 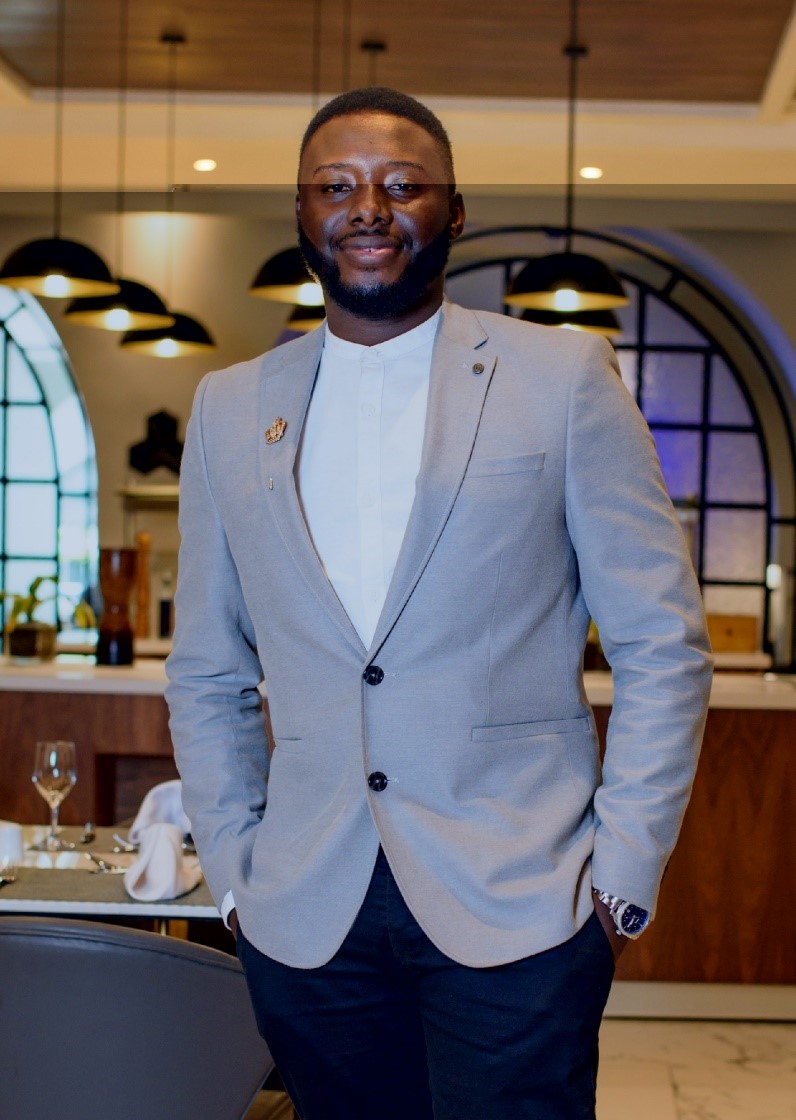 "While I was passionate about the student body, I felt there was no representation for someone like me being a Black International Student. After my term as President, I worked as a Student Recruitment Manager for 2 years and also co-running a Primary & Secondary School in Lagos, Nigeria in partnership with my family.

Currently, I am a PhD Student in the UK and involved with the representation of the Research Body with the Student Union. I think running in the Election has assisted in pushing me to the stage I am today. It has made me more open-minded, opened a lot of opportunities for me to develop, grow and work with people I wouldn’t have been able to get access to normally.

If you are interested in running to be an officer in the Student Elections 2021 please click here.